As soon as I decided that I wanted to attend pharmacy school, I knew that some research was in order. I decided to approach the admissions process as if it were a job interview. Just as I would present myself in a competitive way to showcase that I was the best potential employee possible, my goal for applying to pharmacy school was to figure out how to put my best foot forward. Here’s what I learned.

The standard admissions portal for pharmacy schools is PharmCas, and most schools use this for preliminary applications. I decided to launch the previous year’s application to see what categories were on it and what supplemental materials were required. At first, I thought that applying to pharmacy school would be very similar to applying to college for my undergraduate education, but that was not the case.
Applying to college is fairly broad—with upwards of 5,000 students being accepted in a single class. Undergraduate admissions committees typically ask questions about why their college is the right place for you. College applicants also may not know what they want to major in or which career path they ultimately want to take. When applying to pharmacy school, your application must be more focused. You have one degree option and you are vying for a very limited number of seats. It is important to be confident in your decision and to know why you are applying to that particular program.
Before writing the personal statement section of my application, I sat down, got introspective, and examined my goals and passions so that I could speak from a place of honesty.

I decided to apply to pharmacy school as an early admissions candidate, so my timeline from the application launch to the due date was smaller than if I would have applied regular decision. Applying early admissions means that I only applied to one school, and if I got accepted then that school is the one I was committed to attend.
The decision to apply early shouldn’t be taken lightly. I looked at multiple schools and was confident in my top choice before submitting the application. I found the application process to be a relatively easy one, but that is because I prepared with ample time. Throughout college, I made sure to update my resume every few months so that all of the information was in one place: I had my extracurriculars, job experiences, and references all lined up and ready to be plugged into the application.
Since I had most of the information needed already complete, I had more time to focus on writing my personal statement. I found my purpose for applying to pharmacy school and tried to write a very personal and reflective essay to show that I was serious and committed to the pharmacy profession. Once the application had launched for the current admissions cycle, I had everything submitted within 48 hours. The school I applied to was on a rolling admissions schedule, so I knew the sooner I submitted my application the sooner I would hopefully receive a secondary application and an interview. Thankfully, I received both.


Waiting for an admissions decision

After submitting the preliminary application, I received a secondary application and an invitation for an interview at my prospective pharmacy school. The secondary application was tailored not just to why I wanted to go into pharmacy, but to why that particular school interested me.
Because I submitted my applications so early on, I had an interview date within two weeks. The entire process happened so quickly that I barely had time to process everything. A week after applying, I got my acceptance letter. The short timeline from applying, to getting an interview, to being accepted made me very thankful that I had been so organized and prepared for the process.
In short, what I found most helpful in applying to pharmacy school was to have my ducks in a row before beginning the process. I knew that this was the first major step to starting my career, so I approached the process with seriousness and commitment.

Krystal has been accepted to the West Virginia School of Pharmacy and will start in the fall of 2017. She is currently finishing up her undergraduate curriculum while remaining active in a research lab on campus. Krystal hopes to one day specialize in pharmaceutical drug design research. 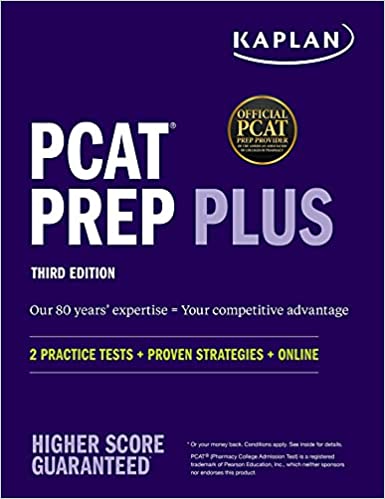