Though about half of today’s medical students, residents, and physicians are female, women in medicine still face residual discrimination from their peers and patients. That said, women in medicine are revolutionizing the field in powerful ways, contributing their unique gifts and strengths to the advancement of healthcare.
Whether or not you’re a female in medical school, it would behoove you to be aware of the current gender climate and how you can contribute to making progress. Here are some of the obstacles, opportunities, and opinions of women in medicine.

Obstacles of women in medicine

Most of us are familiar with overt acts of prejudice against women in medicine. Yet, the more subtle, less detectable forms of prejudice are often more dangerous and unexamined. For example, many female doctors are addressed as “Mrs” or “sweetie” rather than “Doctor.” Though language may seem harmless, it can be very damaging and reinforce discrimination towards women in the field. Not only that, it can indicate an unjustified lack of trust from patients.
As a study published by the Women’s Journal of Health shows, “To address a female physician as ‘Mrs.’, even if she is married, is to imply that despite all her professional accomplishments, her worth is reduced to her marital status. It ignores all the hard work that went into earning the title of ‘Doctor,’ and denotes, whether intentional or not, that a female physician is somehow less deserving of the title than a male physician.”
Another less noticed obstacle women in medicine face is at medical society awards. Though female physicians may be getting more opportunities, they are much less recognized and praised for their efforts. While on the outset this may seem like a petty concern, it is also an indication of something bigger—women aren’t receiving as many opportunities to rise through the ranks or assume leadership positions, often causing them to fly under the radar.


Opportunities of women in medicine

Despite the challenges female physicians still face, there has been a considerable amount of progress made. Even in surgery, one most male-dominated specialties, women are beginning to maintain a strong and equal presence: “Surgery is a branch of medicine long known for male dominance and hierarchy. Finally, the women say, surgical culture has started to reflect tolerance and equality. Several of the recent incoming classes of interns, including this year’s class, are a 50-50 mix of males and females.”
Apart from the medical field itself, there has been progress in how women in medicine are portrayed in the entertainment industry. In a recent example, the new co-star of the TV show Dr. Who is a woman, the first in a series of 12 men since the show premiered over fifty years ago. Advocates for the show explain:
“The human population is nearly 50 percent female, which means to understand people as individuals, societies and civilizations, particularly across different time periods, we have to think and write about the female experience. Not as victims, bystanders or even as companions, but as protagonists.”


Opinions from women in medicine:

Women in medicine are taking advantage of online platforms to discuss the obstacles and opportunities they face. According to monster.com, a number of female physicians have taken the lead on the blog scene, giving women in medicine a voice. Women bloggers from every niche, from mothers in medicine to geo-specific medicine, share their advice and experiences. In an article titled Women in Medicine: Career Advice From Leading Female Physicians, Dr Bhargava gives important pieces advice on topics from finding a mentor and self-promotion:
“We as women definitely need to promote ourselves with—asking for the information, asking for the promotion, asking for what you want, being confident enough to ask for it…having mentors is really important. Understanding what you want your career path to be and what is necessary for promotion is important. Also, being able to look outside—I think sometimes women feel that to set up [their] mentoring committee or group, [they] may want to look for other women. [But] there are men who are just as supportive.”

For advice on your medical career and help charting your path, set up a free 30-minute session with one of our expert medical advisors.

Studying for the USMLE Exam in India

How You Can Travel the World as a Physician

All About the USMLE Step 2 CS

How to Register for the USMLE® Step 1

5 Ways to Stand Out to Residency Programs 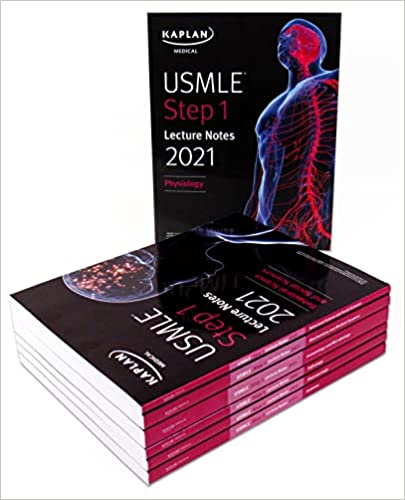